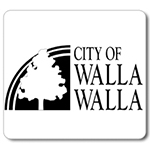 WALLA WALLA – The Walla Walla City Council will consider at its regular meeting Wednesday adopting an ordinance authorizing the city manager to handle delinquent city utility accounts during emergencies. The council has expressed concerns about financial impacts being felt by residents due to the COVID-19 emergency.

This ordinance will allow City Manager Nabiel Shawa to waive delinquent city utility fees and delay shutting off city utility accounts to customers negatively impacted by emergency situations. The council will also consider an ordinance to eliminate library fines for children’s items. Currently, the library charges children overdue fines of $1 per day for DVDS, and 10 cents a day for books returned late. Those who have $10 or more in library fines are unable to use library resources including checking out books, and using public computers.

Over 21 percent of the library’s card holders who are children are barred from using their cards due to fines. The library is seeking to eliminate overdue fines assessed for youth materials in order to encourage children to use their local library, and to prevent financial barriers for accessing library resources. Often those who accrue library fines never return to the library, and also do not return their checked out materials due to their inability to pay fines.

The library would like to forgive all outstanding overdue fines on children’s items, and hold an amnesty period that would encourage residents to bring back lost items. After eliminating fines for children’s items, an item will be considered lost after 30 days overdue and the patron will be charged a lost item replacement fee. This fee will be waived if the item is returned. Those that have lost items on their account will not be able to check out any other items until their lost items are brought back.