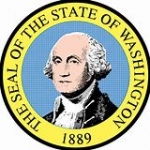 OLYMPIA, Washington – A King County judge has ruled most of voter-approved Initiative 976, creating $30 dollar car tabs is constitutional. But the measure will remain on hold while a couple of issues are worked out and for expected appeals.

“So, unfortunately taxpayers may not see relief for a number of months or even years,” Sen. Steve O’Ban (R-Pierce County) said.

He believes the Washington Legislature should act now to fulfill the wishes of the voters by enacting the initiative.

Sen. Curtis King (R-Yakima) is the ranking member on the Senate Transportation Committee. He said he has a plan for the loss of car tab revenue.

King County, a group of cities and Garfield County’s transit agency sued to overturn the initiative.