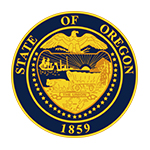 SALEM, Oregon – A bill being considered by the Oregon Legislature would allow the city of Pendleton to expand its urban growth boundaries for an affordable housing project. The measure is currently before the House Human Services and Housing Committee.

If passed, the measure declares an emergency and would go into effect immediately if it is also approved by the state Senate and signed by Gov. Kate Brown. It would sunset on Jan. 2, 2026.

The primary sponsors for the bill are Rep. Greg Barreto (R-Cove) and Sen. Bill Hansell (R-Athena.) Other sponsors include lawmakers of both parties. Among the directives, the pilot project plan must be submitted to the state and must be adjacent to the urban growth boundary.

If it becomes law, the measure would be overseen by the Land Conservation and Development Commission..