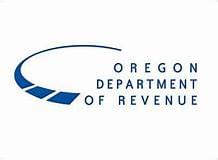 SALEM, Oregon – The state of Oregon is bringing in more money that was projected in December 2019 by an additional $174 million. Part of the reason is that more estate taxes are being realized.

State Economist Mark McMullen says that could change if Oregon goes into recession due to fear of the novel corona virus.

“The problem is that recessions are basically a psychological phenomenon at heart,” he said. “It’s really this coordinated pessimism, when everyone pulls back at once.”

Estate taxes aren’t the only category showing an increase. Lehner said that the state getting more payroll taxes as well. Other revenues across the board are exceeding expectations, including lottery revenue and marijuana taxes.