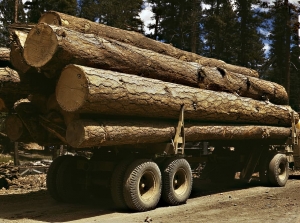 SALEM, Oregon – For over 20 years, environmentalists have been battling the timber industry in Oregon.

“For to enter a new era of cooperation and transparency, work policy should continue to rely on best available science,” Miller said.

“Many of the signers of this MOU today have been part of that 20 years of tension, the results have been a lack of trust, gridlock on forest policy and growing public demand for broader reform of laws,” Van Dyke said. “Today we’re starting a new approach.”

They will work together on a habitat conservation plan that will protect threatened species.  The legislature will be asked to pass legislation allowing aerial spraying with expanded buffers near drinking water, homes and schools and there would be expanded forest stream buffers in the Rogue Siskiyou region.