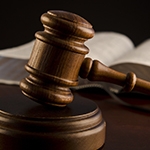 WALLA WALLA, Washington – Defense attorneys for a Walla Walla man charged with threats to bomb or injure property and stalking has requested he undergo an evaluation to determine if he’s competent to stand trial. Hans Richard Johnson, 38, was arrested Saturday after an investigation indicated he called 911 to report a possible bomb at the WorthFit Studio at 212 East Main Street.

Officers evacuated the gym and buildings in the area as a search began for the backpack the caller said could contain bomb. A search found nothing matching what dispatch advised officers that the backpack looked like. During the investigation, officers learned Johnson was allegedly seen outside the gym just a short time before officers arrived and requested everyone leave the building.

Johnson was located a short time later in in a vehicle outside the Walla Walla Sweets baseball team office downtown and taken into custody.  He’s currently being held on $30,000 bail in the Walla Walla County Jail.

Prior to Saturday’s incident, an officer was contacted by the gym’s owner that Johnson was asked to leave the gym and that his membership was revoked due to problems with him bothering other women. Johnson also allegedly sent text messages to the gym’s owner about her business and her personal life. He also was alleged to have been sitting in a car outside her residence watching her house.

His arraignment is scheduled for Feb. 3.