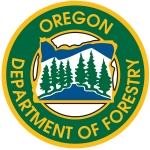 SALEM, Oregon – State Forester Peter Daugherty wants more than $100 million from the Oregon Legislature. Without it, he says he won’t have the resources to fight wildfires. Speaking to the Board of Forestry, Daugherty said his department has spent 80 percent of its budget.

“We expect that request will exceed $100 million of the general fund,” he said.

Daugherty said that although the Oregon Department of Forestry has had issues with collecting millions of dollars in unpaid invoices, much of that is from the federal government. ODF is using an outside firm to try and get those debts paid.

“So while MGO will help us build a more effective finance system, there’s also work happening to get funding in place to sustain the department over the next fire season,” Daugherty said.

Daugherty told the board that without the needed funding, his agency will not be able to perform functions not related to wildfires by April.