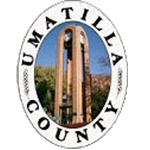 UMATILLA COUNTY, Oregon – There’s a bump in the road towards the U.S. Army turning over the Umatilla Chemical Weapons Depot land to the Columbia Development Authority. The Oregon Historic Trails Advisory Council has submitted its alternative proposal to the CDA plan the Army is considering, since two branches of the Oregon Trail run through the land.

“We’ve gotten into a bit of a controversy over how much of the trail to preserve and how to do that,” Umatilla County Commissioner Bill Elfering said.

CDA is proposing preserving the northern branch of the trail. It would be a part of the wildlife preserve to be operated by the Confederated Tribes of the Umatilla Indian Reservation. The southern branch runs through land slated for economic development, and the CDA wants to preserve 200 yards of the trail and provide parking, kiosks, and a picnic area for the public. Elfering says the trail activists want more.

“There are certain thinks like a permanent covenant in the deed saying it can never, ever, ever be used for anything else,” Elfering said. “We’re not quite willing to go that far. Forever is a long time.”

The depot occupied the 17,165-acre property beginning in 1940. It was decommissioned and the plan is to turn it back to local control, which has been a slow process beginning in 2011. The Columbia Development Authority includes representatives from Morrow County, Umatilla County, CTUIR, Port of Morrow, Port of Umatilla, and the Oregon National Guard.