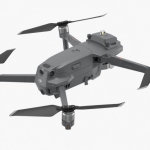 WALLA WALLA, Washington – The Walla Walla Police Department has fully implemented a program utilizing unmanned aircraft systems, also known as drones, in emergency situations. Three officers attended a preparatory course in April and took their test in September. They recently received their FAA certification to operate the drones which were recently purchased for the WWPD.

The department spent several months developing a policy that addresses privacy concerns. The drones will be utilized for search and rescue, to provide visual perspective, for scene documentation of large crime scenes or disaster management, and in tactical deployments such as hostage situations or barricaded subjects.

The drones may also be deployed to provide situational awareness to assist command staff in understanding the nature, scale, and scope of an incident and allow coordination for an effective response. The department said the drones will not be utilized to conduct random surveillance activities. Operators are required to follow the guidelines established by the FAA.