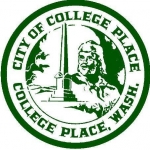 COLLEGE PLACE, Washington – The College Place City Council voted unanimously Tuesday to place a one-year moratorium on the production of industrial hemp within city limits. Mayor Norma Hernandez said a public hearing on the issue is scheduled for next month.

The moratorium, as Hernandez explains, came after the city received numerous complaints regarding Mathew Hardy’s industrial hemp grow on the 200 block of Northeast Larch Avenue. The Washington State Department of Agriculture issued an industrial hemp grower license to Hardy this past June.

“We were not prepared,” Hernandez said. “He didn’t even come to us. We didn’t even know it was happening. When it became obvious something was going on there, we questioned whether it was hemp or was it a marijuana farm?”

Hernandez added Hardy did not come to the city for a permit as he should have.  However, Hernandez said Hardy later admitted he didn’t realize the steps he should have taken with the city before starting his industrial hemp grow.

“Because of that, we became conscious that we need to set down some codes and some rules for monitoring this and for the farmers themselves to understand what they are,” Hernandez said.

Aside from the odor complaints, Hernandez said Hardy experienced theft at his industrial hemp grow site. According to Hernandez, Hardy recently notified the city he is not going to continue growing hemp at that site. She said Hardy has worked well with the city during the entire process.

“We would love to see hemp farming, but perhaps more on the outskirts of the city, not right in the middle of a neighborhood,” she said.