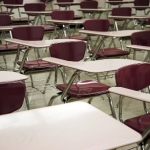 The definition of a homeless student does include when students are temporarily living in a nontraditional home, but Intermountain Education Service District Mark Mulvihill says that even though some are not sleeping under a bridge, their lives are still being disturbed, and schools can help.

“If they can stay in their own school with their teacher and their friends, and we can provide what we do at school for them, their chances really accelerate,” he said.

Mulvihill said that schools are getting better every year at identifying the students that don’t have a permanent home. He added that while that may cause a small increase, the biggest problem is the growing number of poor people living in this country.

“There’s no secret,” he said. “We have a lot of poverty in America. I wouldn’t be surprised as we get better at identifying and we continue to have the wealth disparity that we do, we’re going to see more and more kids in crisis.”