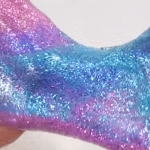 PORTLAND, Oregon – Not all toys are safe. The Oregon State Public Interest Research Group has released its 34th annual Trouble in Toyland report and Director Charlie Fisher says parents need to be careful about certain types of slime.

“We found boron in several tests of popular slime,” he said.

Boron can cause nausea and vomiting. OSPIRG reported that one big offender was the DIY 3-pack of Rainbow Cosmic Slime Shakers, which contained 75 times the European Union standard before being mixed with water and lacked clear warning labels. The U.S. Consumer Product Safety Commission has not set limits for levels of boron in toys and does not require warning labels.

Other potential hazards include lead poisoning in toys that were manufactured before 2008 and in fidget bots, cadmium which is found in some children’s jewelry, and small magnets which are often used in toys including DigiDots. These strong, rare earth magnets were banned, but the taboo was overturned in 2016.

Other dangerous toys include balloons and toys that are too loud for developing hearing.

“Toys are safer than ever before thanks to years of hard work by consumer, public health, and parent advocacy organizations; elected officials; and the U.S. Consumer Product Safety Commission,” Fisher said. “But with new threats appearing and old dangers still lurking, there is more work to do to prevent children from ending up sick or in the emergency room, instead of happily playing at home.”