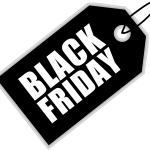 SALEM, Oregon – As participating retailers get ready for an onslaught of Black Friday customers, Oregon’s economy is holding steady. State Economist Mark McMullen says the median income of Oregonians is higher than in the United States for the first time in four decades.

McMullen also said that while some parts of the economy are slowing down, people are still optimistic about their financial situations.

“The U.S. consumer continues to spend, and they’re doing so largely because they’re confident in their incomes and their job situations,” he said.

McMullen said he hopes that consumer spending can continue to fuel economic growth, since other areas of the economy are softening.