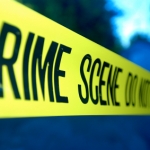 WALLA WALLA COUNTY, Washington — New details have come to light surrounding Wednesday’s fatal shooting of a man in western Walla Walla County. Court documents show Edgar Alejandro Chavez-Beltran, 29, of Walla Walla called dispatch at about 6:50 p.m. Wednesday advising he had shot a man twice in the head who he claimed tried to take his gun and was believed to be dead.

Chavez-Beltran told the dispatcher he was at Hanging H Farm near the paper mill in Wallula. Deputies located a deceased male, identified as Leopoldo Nunez Parra, 42, in the driver’s seat of a white Ford pickup, which was still running, and the gear shift indicator still in drive.  Deputies said Parra had an obvious gunshot wound to his face.

Chavez-Beltran was detained and read the Miranda warning, which he acknowledged and waived. He was then taken to the Walla Walla County Sheriff’s Office where he was interviewed.

During the interview, Chavez-Beltran told investigators he and Parra had not gotten along at work. The two had exchanged derogatory words and Chavez-Beltran thought Parra was intimidating him. Chavez-Beltran said that he carried a concealed pistol in his waistband to work.

Also during the interview, Chavez-Beltran is reported to have said he know Parra died immediately and told investigators Parra said, “No,” as shots were being fired and that Parra put his hands up in front of his face.

At the conclusion of the interview, Chavez-Beltran was placed under arrest and booked into the Walla Walla County Jail and charged with second-degree murder.