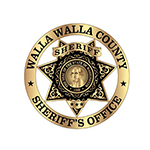 WALLULA, Washington – A man is dead and another in custody following a shooting Wednesday night in western Walla Walla County.

Walla Walla County Undersheriff Joe Klundt said dispatch received a call from Edgar A Chavez-Beltran at 6:50 p.m.  Chavez-Beltran claimed to have just shot a man while the two were inside a vehicle off of Attalia East Road.

Deputies, as wells as officers from the Pasco Police Department and the Washington State Patrol responded to the scene.  The first arriving deputy located Chavez-Beltran in the roadway where he was detained.

Klundt said the Washington State Patrol Crime Lab response team was notified and came in to process the scene.

Klundt said the investigation is ongoing.