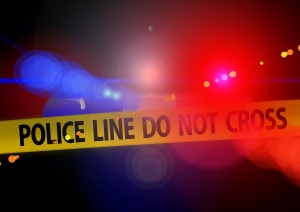 The Washington State Patrol is the case managing agency in this incident, according to a press release from Trooper Jeff Sevigney

SIRR detectives processed the residence and the decedent’s vehicle after obtaining a search warrant.  Detectives found a large amount of alcohol but no illegal drugs.

Detectives also located multiple barricaded doors within the residence. Investigators are working to interview the deputies involved as well as additional witnesses that are identified.  Anyone with information about this incident should call Washington State Patrol Detective Ryan Spangler at 509 227-6644.

On Saturday, just before 9:30 p.m., Spokane County Sheriff’s Deputies responded to the report of a disorderly male (6’, approximately 250 lbs.) at a residence located in the 5900 block of N. Canal Street. A family member reported the male was out of control, screaming, and breaking items in the home. The male was in the basement and high on some unknown drug, and the caller was afraid to go downstairs.

With similar recent calls where he was physically uncooperative and assaultive toward deputies and needed to be physically restrained, several deputies and a Liberty Lake police officer responded.

When deputies arrived, the male was in the basement and had locked and barricaded a door. He continued to scream, break items, and exhibit erratic out of control behavior. He was uncooperative, and with his large stature, strength, and previous tendencies to fight with law enforcement, a Taser was deployed to subdue him quickly. The Taser was effective, but it still took several deputies to restrain him.

After he was placed in handcuffs, he stopped breathing and became unresponsive. CPR was immediately provided, and medics, which were staged nearby, where requested. Medical personnel continued life-saving measures, but despite everyone’s efforts, he was pronounced deceased at the scene.

Three deputies were placed on paid administrative leaving pending the outcome of the investigation, as per standard protocol.

The Spokane County Medical Examiner’s Office will release the name of the decedent when appropriate.

Sevigney said the Spokane County Sheriff’s Office will release the names of the deputies involved in the incident at a later time.

Once the SIRR Team investigation is complete, the case will be forwarded to the Spokane County Prosecutor’s Office for review.