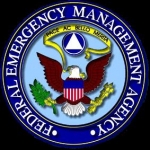 PENDLETON, Oregon – The group working on permits to dredge McKay Creek this winter to prevent a flood during the next high-water season is also looking to the distant future. The task force is made up of officials from Pendleton and Umatilla County, the water districts, and residents living on the creek.

“What happens when the snow and rain comes,” Shafer said is one of the questions. “Where does the water start and then how does it get from the headwaters to the dam, and then down into McKay Creek and that whole area? That’s going to be a pretty spendy venture.”

When a disaster declaration was issued by President Trump, it made the area eligible for disaster relief funding. Shafer said that breaks down to FEMA paying 75 percent of any infrastructure projects. He says the group believes that means the agency should pay the bulk of the costs, since the creek itself is infrastructure.