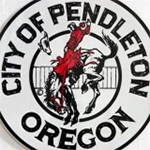 PENDLETON, Oregon – The Pendleton City Council is making changes in its rules of order. Mayor John Turner says the changes are meant to clarify how money is to be spent to achieve the goals the council sets each year.

“The new language in our rules of order just states a process by which each year we’ll identify those goals,” Turner said.

He said the changes also are designed to make getting funding for council goals a budgetary priority and the process puts more responsibility on the shoulders of City Manager Robb Corbett.

“We’ll identify those goals, and then also tie the city manager’s annual performance evaluation to how well we’re doing on achieving our goals,” Turner said.

Corbett says that he welcomes the specificity, which will make his job easier.