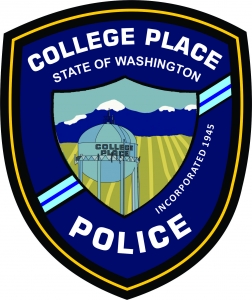 College Place Police Chief Troy Tomaras said the 17-year-old was a student at the school and was alerted by the boy’s mother after discovering her son’s disturbing journal.

Tomaras explained an investigation by officers revealed a detailed journal planning to carry out an attack at College Place High School on April 20, 2020, which is the anniversary of the 1999 Columbine High School attack.  Officers also discovered other supporting literature inside the teenager’s bedroom.

Tomaras praised the teenager’s mother for having the courage to call police.

“The mother was very emotional and loves her son.  This was not an easy thing to do, but it was the right thing to do.  The mother wanted to prevent officers from being hurt, and wants her son to get the help he needs,” Tomaras added.

The CPPD school resources officer was a part of the investigation and alerted school officials of the incident immediately.  Tomaras said school was already out for the day at the time of the report.

Officers took the teenager into custody without incident when he returned home from school.  He was booked into the Walla Walla County Juvenile Justice Center for felony harassment and threats to bomb or injure property.