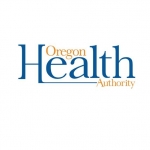 SALEM, Oregon – The Oregon Health Authority has issued a report on its annual retail tobacco inspections. They found good news and bad news involving sales of tobacco products to those younger than 21. The good news is the illegal sale of cigarettes decreased slightly from 18 to 16 percent. The bad news is sales of little cigars (also called cigarillos) more than doubled, growing from 13 percent to 28 percent over the past year.

Twenty of those inspections occurred in Umatilla County, and two violations were found. OHA reports One-Stop Fuel on Highway 395 in Hermiston illegally sold cigarillos to an under-age customer. The Circle K on Southeast Court Avenue in Pendleton made an illegal sale of cigarettes. There were also two inspections in Morrow County, with no stores violating the law.

The state inspected 1,100 out of an estimated 3,200 retailers in the state. Meanwhile, OHA said that it is hamstrung by the number of inspectors it has.

“One of the challenges of our inspection process is that only a few counties in Oregon require a license to sell tobacco, and there’s no state license,” Deputy Health Officer Dr. Tom Jeanne said in a prepared statement. “This means it is extremely difficult to enforce the minimum legal sales age by holding retailers accountable for illegal sales.”

Umatilla County Public Health is in the process of approaching leaders from the cities in the county to seek support for a county tobacco license and permit fee.