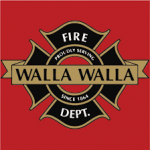 WALLA WALLA, Washington – Among the variety of calls the Walla Walla Fire Department responds to, many are welfare checks for people on the streets. Often someone calls 911 and reports they found someone passed out from alcohol or a possible drug overdose.

“You can kind of gauge by the call as it comes in of what’s going on typically,” WWFD Deputy Chief Brad Morris said. “The passerby that doesn’t stop to really check to see what’s going on, we kind of have a clue it’s probably not somebody they don’t want to approach because they’re concerned about their safety.”

While the passerby may not want to get involved, Morris said if someone calls 911, WWFD is legally obligated to respond. According to Morris, a lot of the people WWFD perform welfare checks on aren’t under the influence of alcohol or drugs, they just simply want to sit down and take a nap.

“Other cases, they’re probably intoxicated in one way or another,” he said. “We have to assess them and determine how much of a danger they are to themselves. The police department has also been responding to a lot of these same calls. We go together.”

“As you might guess a lot of these patients that we do see that are drug overdoses or inebriated or whatever that we take to the hospital, most of the time they don’t have insurance, or if they do it might be Medicaid or Medicare,” Morris said.

Morris said that transporting those patients means WWFD doesn’t get paid most of the time. And when WWFD tries to collect, it’s a challenge because that patient doesn’t have any money. In turn, that loss impacts the WWFD’s EMS budget as that loss is written off.