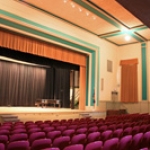 PENDLETON, Oregon – The Pendleton Development Commission has approved matching urban renewal funds with an Oregon Main Street grant for repairs at the Vert Auditorium. The vote was 5 to 4.

City Manager Robb Corbett said the work on the Vert was part of a grant applied for by downtown merchants.

“The Pendleton Downtown Association wrote an Oregon Main Street grant, and in that grant they included repairs to the Vert, which are very sorely needed,” he said. “One of them is the replacement of the front doors. There’s also a lot of concrete work that needs to be done, particularly on the main steps leading up to the Vert building.”

None of the members of the PDC felt the repairs weren’t needed. The four who voted no said they weren’t convinced that using urban renewal dollars for the project is what that money is intended to do.

Those voting in opposition are Scott Fairley, Becky Marks, McKennon McDonald, and Dale Primmer. The PDC is comprised of the Pendleton City Council and the mayor.