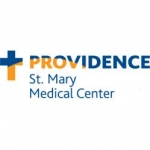 WALLA WALLA, Washington – Providence St. Mary Medical Center’s certificate of need to open a freestanding ambulatory surgery center at the Providence Southgate Medical Park on Second Avenue was approved Wednesday by the Washington State Department of Health. The Providence Ambulatory Surgery Center’s goal is to open next year at the park – which is located in the surgical department of the former Walla Walla General Hospital.

Citing mounting financial issues, Walla Walla General Hospital closed in July 2017 after more than a century of service to the Walla Walla Valley. Providence then purchased the old WWGH buildings.

The Providence Ambulatory Surgery Center is one of many additions made to the former WWGH site. The center will create two operating rooms and two endoscopy procedural rooms. Providence will be spending about $6.7 million on facility renovations since it will be in an older section of the building and a great deal of remodeling is needed to meet current building codes.

“We are grateful the Department of Health recognized the need to restore to this community the surgical capacity that was lost when Walla Walla General Hospital closed,” Blackburn stated in a prepared release. “The Providence Ambulatory Surgery Center will help address the health care needs that exist today, and also prepare us for the future.”

The Providence center has the potential to increase surgical capacity in Walla Walla by approximately 2,000 surgeries a year and 1,300 endoscopies.