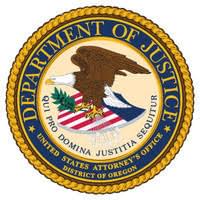 PORTLAND, Oregon — A criminal complaint was filed Thursday in federal court alleging John Phillip Stirling, 65, a citizen of Canada, illegally possessed with the intent to distribute methamphetamine aboard a U.S. flagged vessel.

According to court documents, on April 9, 2019, while on a routine patrol, the U.S. Coast Guard Cutter Alert detected a sailing vessel traveling north 225 nautical miles from Newport, Oregon. The vessel, named Mandalay, had a home port of Seattle, Washington and visible U.S. registration numbers. When Coast Guard personnel attempted to communicate with Stirling, he went below deck and would only respond via VHF radio. Once Coast Guard personnel determined the Mandalay was a U.S. flagged vessel, they boarded and found Stirling to be the vessel’s sole occupant.

Stirling stated he did not have vessel documentation and refused to produce identification. Upon further questioning, Sterling’s speech began to deteriorate and he displayed signs of a possible drug overdose. Coast Guard personnel administered medical aid to Stirling and evacuated him by helicopter to Astoria, Oregon. He was later transported by ambulance to Adventist Health Portland for additional treatment.

A criminal complaint is only an accusation of a crime, and a defendant is presumed innocent unless and until proven guilty.

This case is being investigated by the U.S. Coast Guard Investigative Service (CGIS) and Homeland Security Investigations (HSI).