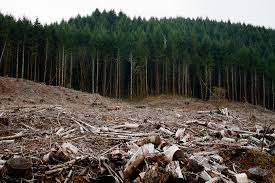 SALEM, Oregon — Forests around Oregon’s drinking water sources would get more protection under a bill in the legislature.

However, some worry it will hurt the timber industry.

Peter Sikora, CEO of Giustina Resources in Springfield said the bill is flawed.

Sikora said the restrictions would have the same effect on private forests that similar rules had on federal forests which now suffer massive wildfires.

Counties are concerned about the effect reduced harvesting will have on county revenues.