News Release from Washington Department of Fish and Wildlife (WDFW) 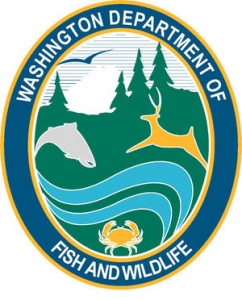 Test results from an elk shot by a hunter in Walla Walla County have confirmed the presence of elk hoof disease, known scientifically as treponeme-associated hoof disease (TAHD).

A muzzleloader hunter shot the cow elk on Jan. 17 in the Pikes Peak area of the Blue Mountains. After noticing that the hooves were deformed, he submitted the hooves to the Washington Department of Fish and Wildlife (WDFW).

Samples were submitted to the Washington Animal Disease Diagnostic Laboratory at Washington State University, where TAHD was confirmed through diagnostic testing. WSU’s veterinary college is where the state has based a program to monitor and research elk hoof disease.

First documented in the early 2000s, TAHD has since spread to 14 counties in Washington, and has been found in Oregon and Idaho. Last April, WDFW confirmed the presence of the disease in Klickitat County – the first such finding in Washington state east of the Cascade Range.

The disease causes hoof deformities, which can make elk walk with a pronounced limp. Elk may eventually slough the infected hooves, threatening their survival.

There is currently no vaccine to prevent TAHD, nor are there any proven options for treating it in the field. There is no evidence that the disease affects humans.

Kyle Garrison, WDFW hoof disease coordinator, said the department plans to increase efforts to identify other diseased elk in the Blue Mountains, and will look for limping elk early next month during scheduled aerial surveys.

State wildlife managers are also asking hunters and other members to report any observations of limping elk, or elk with abnormal hooves via WDFW’s online reporting tool at https://wdfw.wa.gov/conservation/health/hoof_disease/.

“We have been monitoring this area fairly intensively for the past four years, and have never before confirmed an elk with the disease,” Garrison said.

Testing conducted in 2014 identified treponeme bacteria in lesions from affected elk, suggesting the disease can be spread between animals and by contaminated materials, explained Margaret Wild, a veterinarian and WSU elk hoof disease research leader.

“Much remains to be learned about the disease,” she said. “We are further investigating treponeme bacteria and other potential pathogens, and we will also look at factors that may increase the susceptibility of elk contracting the disease.”