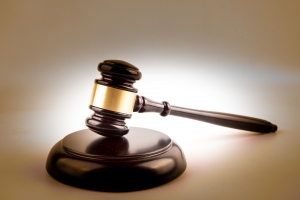 PORTLAND, Ore.—On February 12, 2019, Kenneth Wenberg, 72, a medical doctor from Heppner, Oregon, pleaded guilty to a single count of tax evasion. The government demonstrated it could prove Dr. Wenberg failed to report income resulting in a tax loss of approximately $187,000.

According to court documents, Dr. Wenberg created nominee entities to hide assets and income he personally earned while serving as a physician at the Morrow County Health District (MCHD) and Urgent Health Care Center (UHCC) in Heppner. Dr. Wenberg instructed MDHD and UHCC to make payments for services he performed directly to sham entities to avoid income tax liabilities. Dr. Wenberg opened numerous bank accounts and purchased real property in the names of his nominee entities. He also paid for his and his family’s personal living expenses out of the nominee accounts. Dr. Wenberg failed to report his income to the IRS, despite knowing he owed taxes.

Wenberg faces a maximum sentence of five years in prison, a $250,000 fine and three years of supervised release. He will be sentenced on June 6, 2019 before U.S. District Court Judge Marco A. Hernandez.

As part of the plea agreement, Wenberg has agreed to pay restitution to the IRS in the full amount of the tax loss as determined by the court after sentencing.

This case was investigated by IRS-Criminal Investigation (IRS-CI) and is being prosecuted by Clemon D. Ashley and Seth D. Uram, Assistant U.S. Attorneys for the District of Oregon.

The U.S. Attorney’s Office and IRS-CI remind Oregonians that tax day is Monday, April 15, 2019. For tips to assist taxpayers in choosing a reputable tax professional or preparing their own taxes, visit the IRS website: https://www.irs.gov/help-resources.