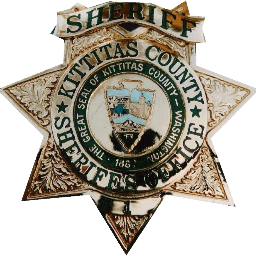 Sydney Darnell, 12, was target practicing with a lever action 22 rifle along with her mother Kiara Darnell’s boyfriend, Sean Frick, 52, of Cle Elum. Deputies say Sydney had just shot the rifle and wanted to go check the target so she had laid the rifle down on the deck railing so she could down the hill. Frick noticed she had left the rifle loaded with the hammer cocked back so he attempted to make the rifle safe. The gun went off when he attempted to lower the hammer. Sydney, who had walked off the deck and was right in the direct path of the round.

Darnell called 911 while Frick began CPR on Sydney, who was unresponsive.

Sydney was airlifted to Harborview Medical Center around 1:40 PM. and survived on life support until the following morning at 9:30 a.m.

“Our thoughts and prayers are with Sydney’s family and friends as they face the sorrow and pain of this tragedy,” the department said in a release. “We also pray that those who become aware of this incident will show compassion before deciding how they can use it to communicate their own personal belief and/or agenda. Tragic injury or loss of life, especially when it involves children, frustrates us and reaches all of our emotions. Just because Social media allows us the opportunity to criticize, condemn and hate, doesn’t mean we have to. It has been my experience that Righteous Indignation does little more than feed the ego of the sender, so before you decide to launch your attack, consider some of the beneficial alternatives; sympathy, mercy and compassion.”

The Sheriff’s Office is working with the County Coroner and the King County Medical Examiner on the investigation.