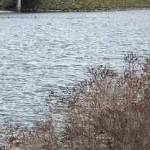 MISSION, Oregon – The groups sitting at the table this week to renegotiate the Columbia River Treaty between the U.S. and Canada do not include anyone representing any of the Columbia River Tribes. The tribes were also excluded when the treaty was originally negotiated in 1964.

Confederated Tribes of the Umatilla Indian Reservation Director of Communications Chuck Sams says representatives have worked hard to gain a voice in the treaty this time around.

“The tribes have been working very closely with the state department and both the previous and current administrations to ensure that we have a seat at the table,” he said.

The state department has issued a statement saying it plans to consult with tribal leaders throughout the negotiations. Confederated Colville Tribes Chairman Michael Marchand was disappointed.

“It is unfortunate that tribal nations who know the Columbia better than anyone are excluded form the treaty re-negotiation process,” he wrote in a news release. “These are the people with the longest and deepest connections to the Columbia River, the people who have respected and depended upon the river and its salmon and other natural and cultural resources for thousands of years.”

First Nations in Canada have also been excluded from the negotiation process. Those with a seat at the table include the Bonneville Power Administration, the U.S. Army Corps of Engineers, the Department of Interior, and the National Oceanic and Atmospheric Administration.

Sams said not making the tribes part of the process could end up being costly to both nations, as has their exclusion from the original meetings.

“We’ve ended up with a number of court cases against the United States with the Columbia River Tribes,” he said. “We think that if we are on the front end of this as the negotiations go forward, we can avoid a lot of those issues, avoid having to go to court.”

The negotiations will be lengthy. The treaty primarily deals with ensuring Canada does not dam the river’s headwaters. The U.S. pays Canada for the promise. If both nations agree on changes to the treaty, they would go into effect in 2024.